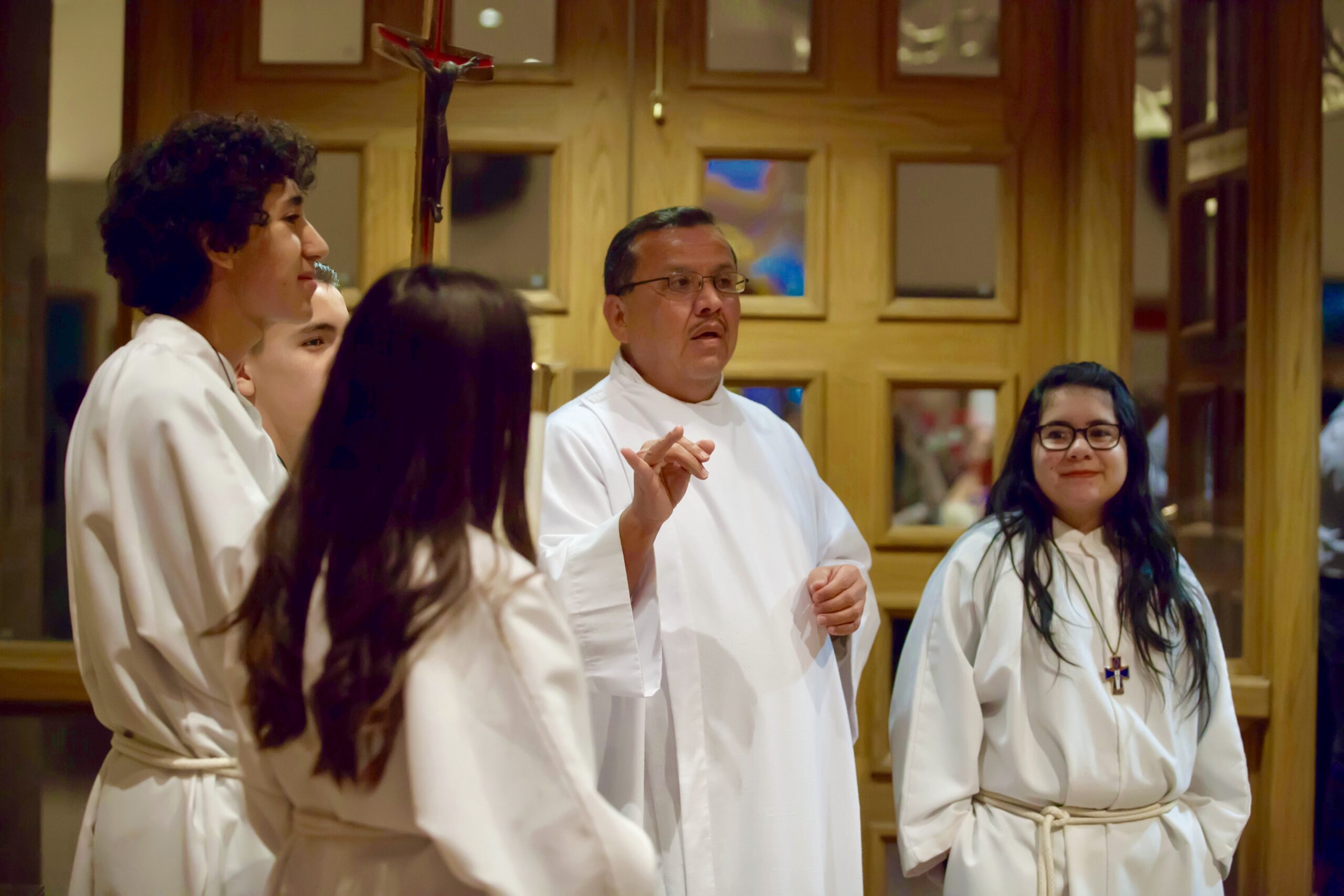 The Master of Ceremonies (MC) is responsible for the proper and smooth conduct of the sacred liturgy. He or she works closely with musicians, servers and clergy, and the sacraments before and after each celebration. The MC organizes and rehearses the proceedings and ritual of each Mass. The MC assists the celebrant during Mass with the sacremantary, prepares the altar for communion, among other duties, during weekend Masses and special liturgies. One or two Mcs are needed per Mass. This ministry is open to confirmed parishioners that have been previously commissioned as Eucharistic Ministers and have been trained and commissioned for this ministry.