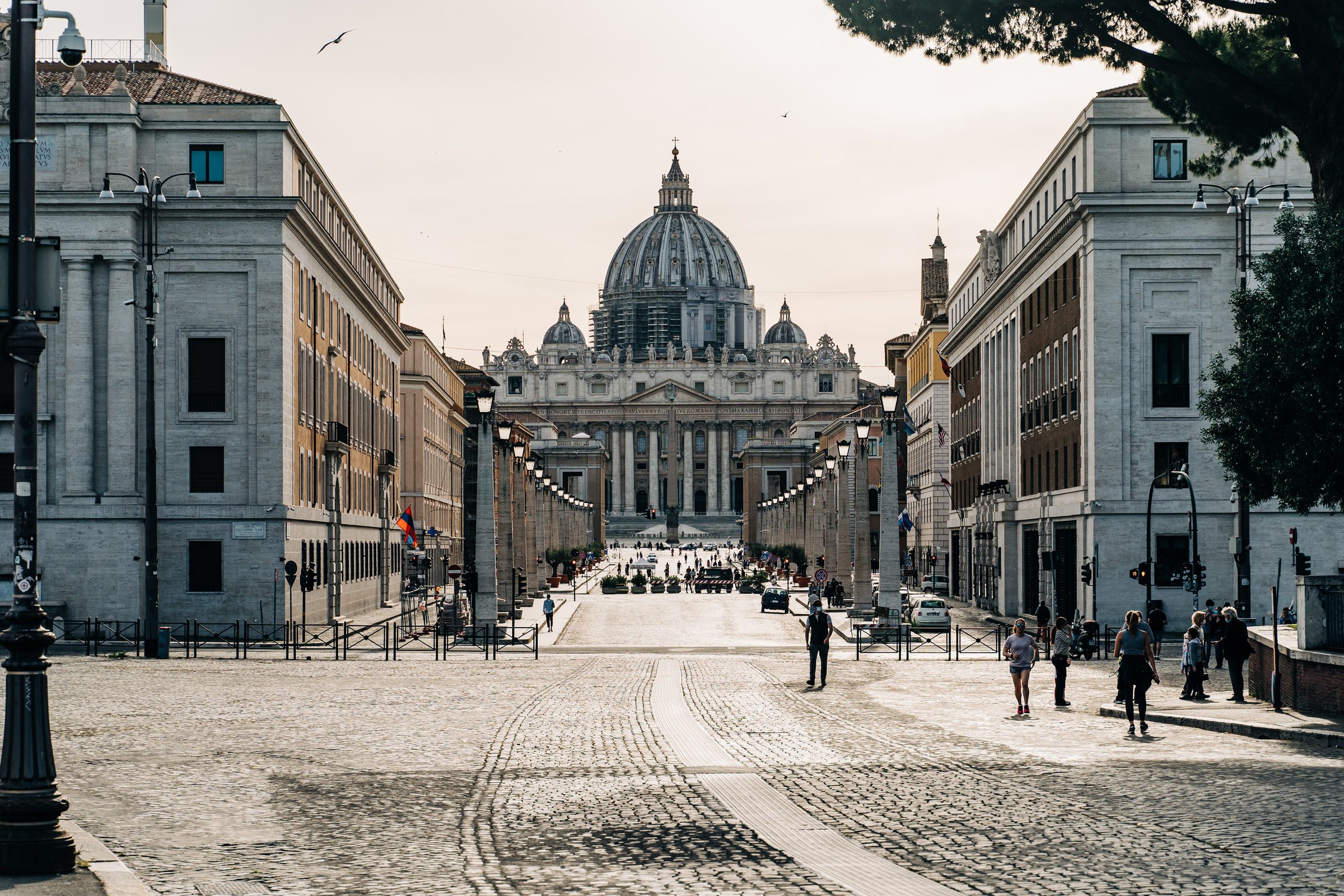 Like most communities in the United States in the mid 1950s, Lubbock was enjoying a period of prosperity and growth. Business was good. Texas Technological College had just been redesignated Texas Tech University and was experiencing unbelievable growth and expansion. Lubbock was on the move – and growing rapidly. The pattern of Lubbock’s growth in terms of land acquisition, was predominantly to the south and west of town. St. Elizabeth’s parish on Main Street in Lubbock had for years served not only the students at Texas Tech but the entire western section of Lubbock as well. In the mid 1950s it became apparent that a new parish was needed in Southwest Lubbock to serve the Catholic community in that rapidly expanding area. With that recognition, the seed for Christ the King parish was sown.

Christ the King School officially opened with four grades in 1957 and was staffed by the Sisters of St. Joseph of Orange, California with Sister Mildred Belangar being the first principal. An additional grade level would be added each year. Mass was celebrated in a classroom on weekdays during early months and eventually the school’s gymnasium was used. Parishioners attended Mass in the gym for several years while directing their efforts toward education and the children of the parish. By January 1, 1961, the community had grown large enough to be designated a parish. Father Drury was appointed as the first pastor of Christ the King.

Christ the King community was established by the fall of of 1961, with the church (the present gym) overflowing with Sunday worshippers. The school had grown to eight grade levels. As the parish expanded, so did Christ the King School. A new addition to the school facilities was desperately needed it was time to add a high school to the existing elementary school. Once the schools we well underway, parishioners thought more seriously about building a church to replace the “make-do” facilities of the school gym. A canvas of parishioners revealed their interest in the idea and the firm of Architects Brasher, Goyette and Rapier was given the nod to draw plans. Cost was to be the deciding factor, and the end result was to be a building within the suggested price framework, but also a unique building inside and out. The 104 ft. by 104ft. square structure, set at an angle was begun after groundbreaking ceremonies, held characteristically in the rain on February 18, 1968. The first Mass was celebrated Christmas Eve 1968. The dedication of the church took place May 4, 1969. The church, constructed by H.C. Lewis Co., Lubbock, was designed in line with directives of Vatican Council II that urged a greater sense of participation in the Sacrifice of the Eucharist.

The parish symbol, the Crown of Christ the King, hung over the main altar, appeared to be suspended in space and was clearly visible to those passing by through the large glassed front north entrance. It is gold anodized aluminum. Other symbolic sculptures used were the grapes and wheat, representing the blood and body of Christ, as a backdrop from the Altar of Reservation. Behind the Baptismal font was the descending dove, depicting the Holy Spirit. (Today the crown hangs in the church gathering space)Windows, twelve of them, twenty feet high, of faceted glass were so designed to focus attention on the altar.

The Diocese of Amarillo had also grown over the years and there was a movement to create a new Diocese of Lubbock. Because of its size and strength, Christ the King Parish was odds-on favorite to be selected as the cathedral. Since there was no house for a bishop, the people of the parish were advised to build a rectory suitable for an episcopal residence. The new rectory was officially opened in January 1983. The Vatican announced the Diocese of Lubbock in March of 1983 and the first Bishop, Most Reverend Michael J. Sheehan, was installed o June 17, 1983.

In 1990, the parish leadership began to explore the possibility of a remodeling effort to enlarge the worship space and bring the Cathedral building into conformity with directives issued concerning cathedral building following Vatican Council II. In 1993, the parish began a campaign to raise funds for the remodeling. In January 1997, the gym again became the worship space for the next fifteen months. The revised/remodeled worship space was opened on April 4, 1998, using folding chairs in the space. Because funds had not been approved earlier, some areas were not yet completed. The revised worship space provided for a new lighting system, a new microphone-sound system, more seating, a much larger gathering space for time before and after Mass and for extra seating when needed, a parlor, adequate vesting space, proper reconciliation rooms, separate dressing rooms for brides and grooms, a Blessed Sacrament Chapel in the tower area, and most, important, a baptismal font and pool at the entrance of the worship space to accommodate baptism by immersion. (The former altar is where the baptistry is today and the former entrance is behind the sanctuary.)

Christ the King Cathedral has many clergy and volunteers who have been a blessing to our community. Thank you to all who have walked through the Cathedral doors and made an impact on our community you will forever be in our hearts and prayers.